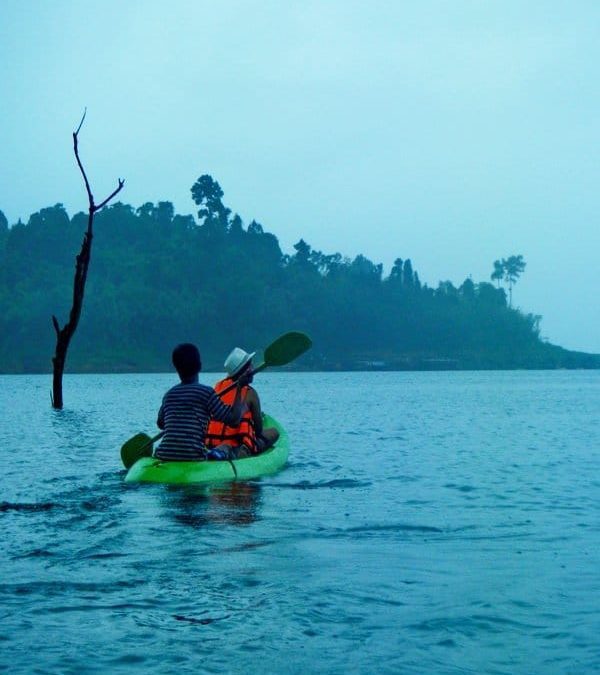 Before visiting Khao Lak Thailand, weather is often one of the most important things people search for. Unfortunately, however the online Khao Lak weather forecast is often unreliable and inaccurate.

when is the best time to visit Khao Lak Thailand?

It is usually agreed that the best time to visit Khao Lak is between January and April. This usually is when the weather is most settled. Although there is sometimes a short rain shower, it is mostly hot and dry. At this time of year the sea is also usually calm and clear. So it is perfect for snorkeling and diving trips to the Similan or Surin Islands.

Is there a reliable Khao Lak weather forecast?

The simple answer is probably not. Khao Lak’s unique geographic location means that Khao Lak weather may be very localized and change without warning. It is not uncommon for the weather in Khao Lak to be different on opposite sides of the road. Making it almost impossible to predict accurately.

That said however, Khao Lak is generally warm all year round. Khao Lak weather averages between 28°C and 32°C. This area of Thailand has 2 distinct seasons, the dry season, from approximately mid-October to mid-April, and the monsoon season from approximately the end of April to mid-October. The maint tourist season is usually between November and April, when the weather is usually better.

In the dry season, Khao Lak can often go for 6 weeks with out a single drop of rain or a cloud in the sky so it is important to take sensible precautions to reduce the risk of heat stroke or dehydrating. Most people will say this is the best time to travel to Khao Lak. 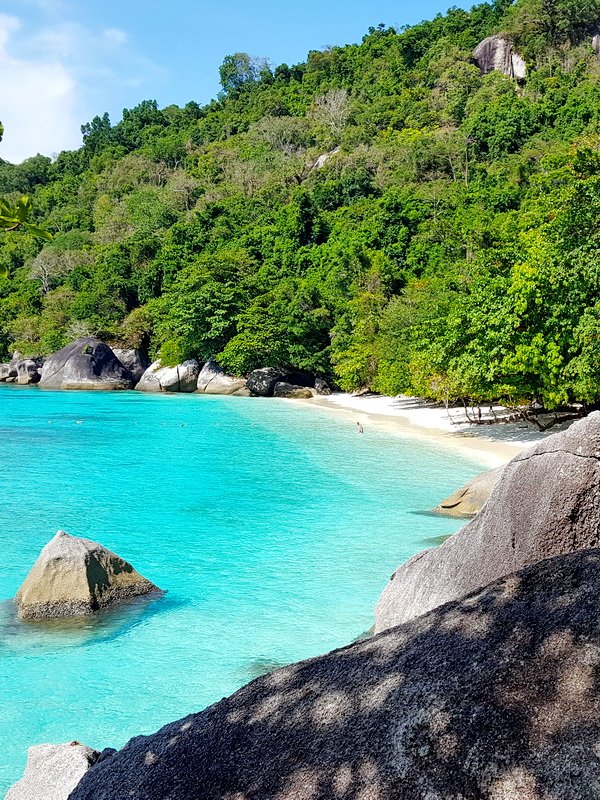 Be sure to carry sunblock and drinking water with you, wearing a light weight sun hat is also highly advisable. The hot and dry weather at this time of year makes it perfect for snorkelling and diving. With calm seas and great visibility. 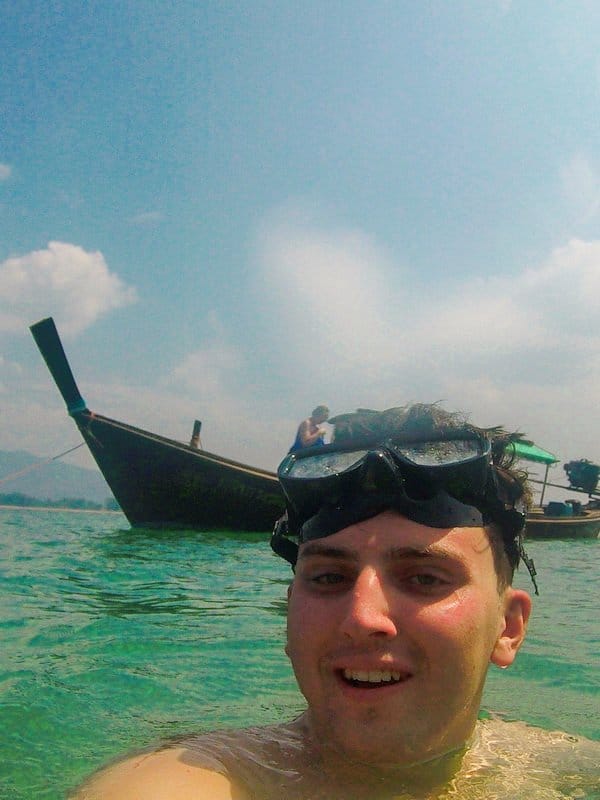 Enjoy your time in Khao Lak

Of all the Khao Lak seasons, the dry season is the best time to go on a snorkeling trip in Khao Lak.

The monsoon season is also far from cold. With average temperatures in the high 20s and high humidity levels, it is still advisable to wear light clothing and carry water. Even if its raining and cloudy. During this season the rain can pour hard and without warning. Although some of the larger storms can last 2 or 3 days, most rain showers soon pass. Another thing to remember is that many of these short, sharp showers are often very localized, so don’t be put off from going out to explore. Just remember to bring a lightweight rain coat and hope for sun!

Click the logo in the top right-hand corner of the map to select different settings such as the Khao Lak rain radar, the Khao Lak surf report use the table below to check the Weather Khao Lak 14 Day Forecast. 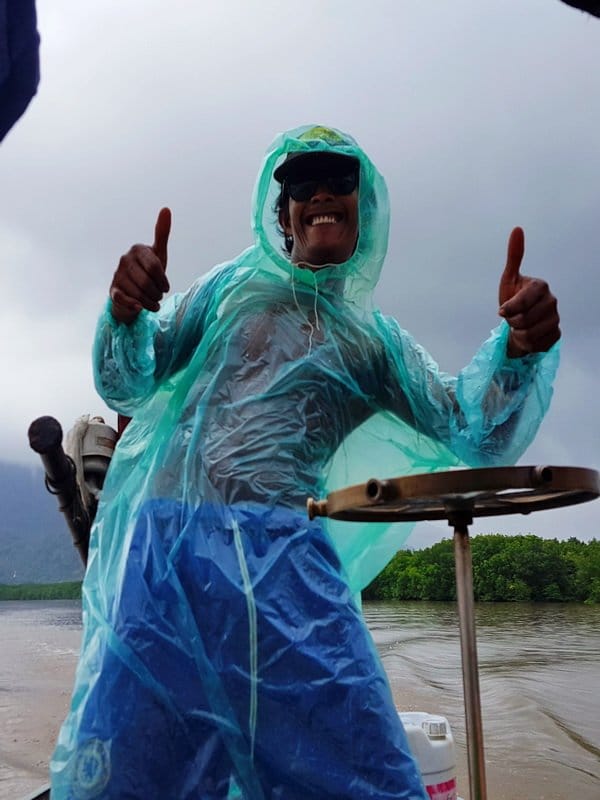 Why are Khao Lak’s seasons so different?

There are many technical reasons as to why Khao Lak is so seasonal, however the simplest explanation is the geography. Khao Lak is located on the Western coast of Thailand. With a wide expanse of the Andaman sea in front and a large and scenic mountain range behind.

During the dry season the prevailing wind comes from the East leaving Khao Lak protected and sheltered by the mountains.

When the monsoons come however, the prevailing wind changes direction and comes from the sea. Upon reaching the mainland however the wind is re-directed as it hits the mountains and bounces back towards the town.

January is in the middle of the peak season and therefore one of the best times to visit Khao Lak. January is usually dry, often there is no rain for several weeks. Days are most hot and dry with clear skies and calm seas. Diving and snorkelling is often exceptional at this time of year, with brilliant visibility and warm water.

Like January, February is one of the best months to visit Khao Lak. The weather is hot and dry with occasional short showers, mostly in the evenings towards the end of the month. 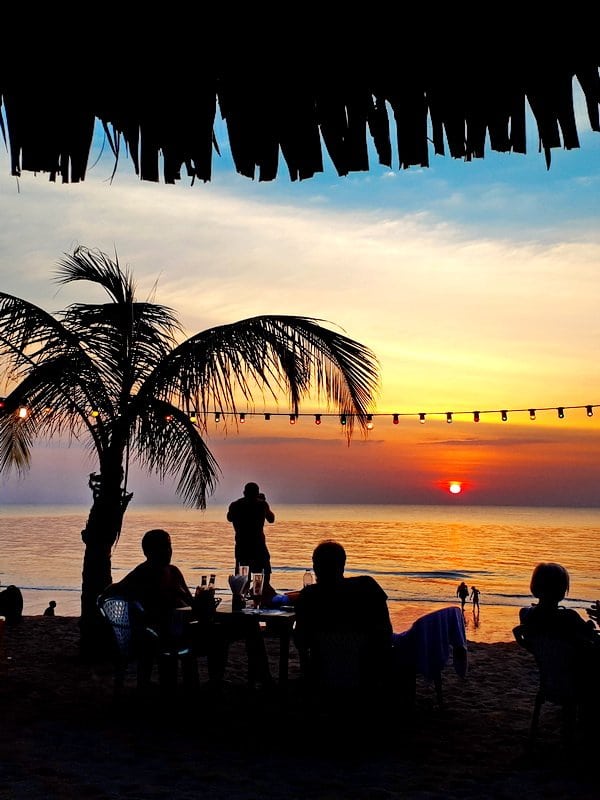 March is hot and sunny with day time temperatures into the 30’s. Short rain showers in the evenings often become more regular in March, but are usually welcome as they help to cool the evening and make them more comfortable. 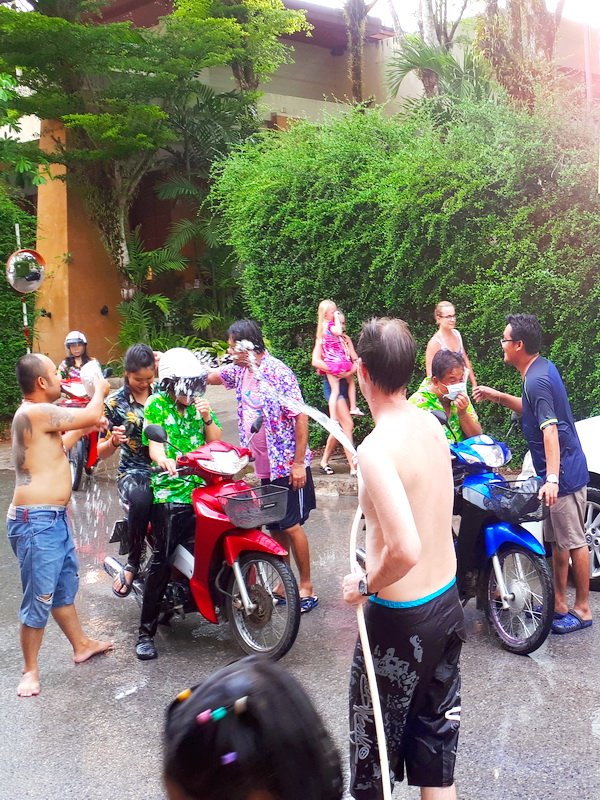 April is commonly thought of as the traditional end of the dry season and the Thai new year (Songkran). The Songkran festival celebrations often last several days in many parts of Thailand, But in Khao Lak major celebrations only tend to last a day or two. That said, it is a very popular time for Thais to travel, so make sure you get your hotel and excursions booked early!

The Thai new year is welcomed with massive water fights and parties that spill out into the roads. So, wherever you go expect delays and expect to get wet! It is best not to travel to far over these days, but just join in with the fun. The water fights are a welcome way to cool off as the temperatures often remain in the 30s. As a general rule in April you can expect hot, sunny days with the occasional short sharp shower. Most rainfall is in the evenings and over night which helps to cool things off a bit.

Although officially the start of the rainy season, you can still expect to get 8 hours of sunshine for the majority of the month. Often the sea starts to get a bit choppy at this time of year so some hotels may advise against swimming during certain periods, and mid-way through the month the Similan and Surin Island national parks will close to visitors, but this is a great month to visit the mountains and jungles. After several hot months with little rainfall, the beginning of the rainy season brings a fresh, lush green feel to the beautiful scenery and the waterfalls begin to flow once more. Another bonus of visiting Khao Lak in May is that many of the hotels will have dropped their prices after the peak season, so there are many great deals to be had!

June in Khao Lak is wet and warm. This humid weather causes a lot more rainfall which are mostly regular, short sharp showers with sun in between. Most hotels will advise against swimming in the sea during these months. The snorkelling and diving season may have finished, but the surfing season is in full swing!

Although still warm and humid, the increase in rain and wind does begin to lower the temperature into the mid-high 20s. In July you can expect cloudy skies with longer periods of rain. That said it doesn’t usually rain every day so you can still get out and do things.

This is the middle of the rainy season now. The skies are mostly cloudy and heavy rain showers can come without warning, lasting anything from 10 minutes to several hours. It is still warm however, with temperatures remaining in the mid-high 20s. As this is mid-way through the low season, many hotels will have fantastic deals and promotions for those looking to pick up a bargain.

September usually has the most rain. Rain storms at this time of year can last minutes or even days. So not great for beach lovers. For those looking for a quiet escape and a bargain hotel however September is the perfect time to enjoy hotel spas or even try a few more exciting activities such as white water rafting or bathing elephants in the local sanctuary, let’s face it, your going to get wet anyway! 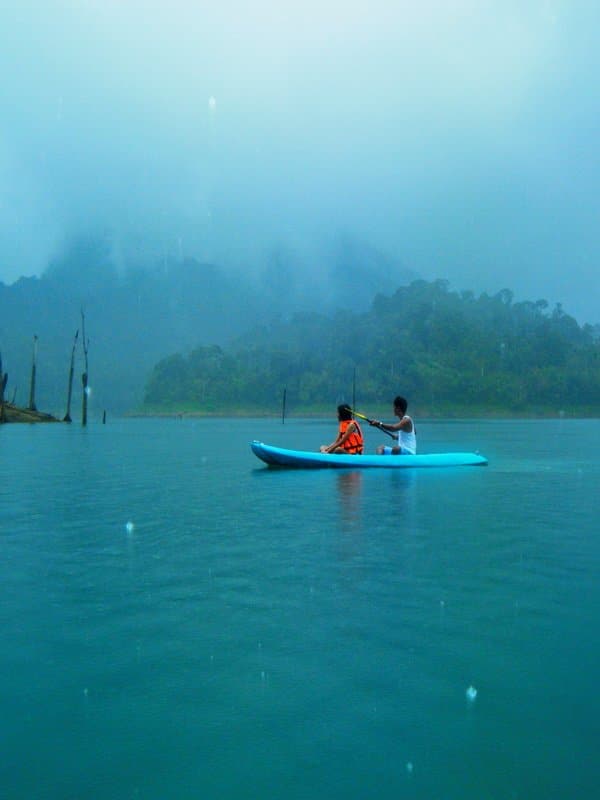 In October the monsoon season is coming to the end. Although you can still expect quite a few rainy days, mostly in first half of the month, you can several expect hot and sunny days to. The skies clear as the month goes on and the weather begins to dry out. Mid-way though the month, the Similan and Surin island national parks open up and the diving and snorkelling trips begin once again. October is a great month to visit Khao Lak if you wish to avoid the crowds.

The weather in November is much calmer and settled. With the rainy season over the sun returns to Khao Lak once more. Temperatures regularly reach the 30s during the day and the sea is mostly calm.

As is to be expected, December is one of the busiest months in Khao Lak with people both visiting before and during the Christmas period. So, it is best to get your hotel and excursions booked as early as possible. Check out our list of exclusive Khao Lak tours HERE.

The weather in December is mostly dry with 8 hours of sun each day. The clear skies and lack of rain mean it is much less humid at this time of year and temperatures regularly reach 32°C. The sea is calm, warm and clear, in short perfect conditions for snorkelling and diving.

Find the best days out in Khao Lak, whatever the weather CLICK HERE!

We use cookies on our website to give you the most relevant experience by remembering your preferences and repeat visits. By clicking “Accept All”, you consent to the use of ALL the cookies. However, you may visit "Cookie Settings" to provide a controlled consent.
Cookie SettingsAccept All
Manage consent