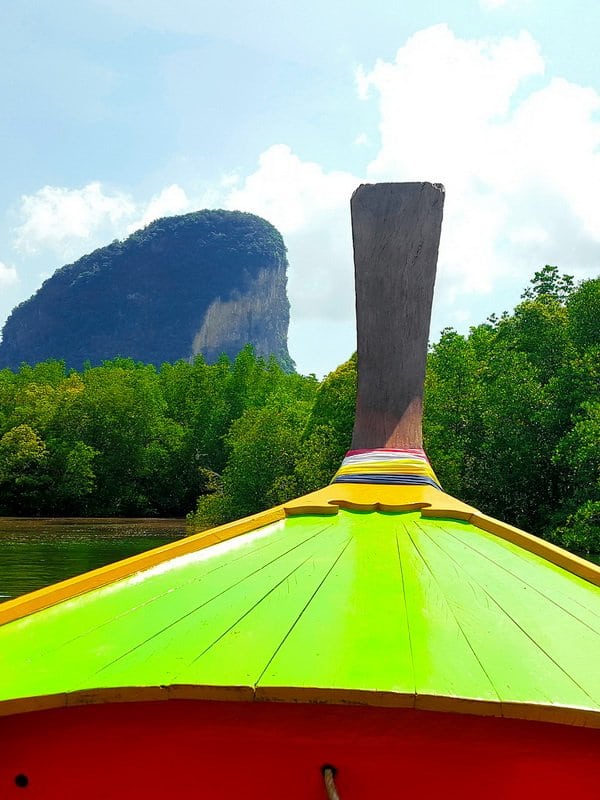 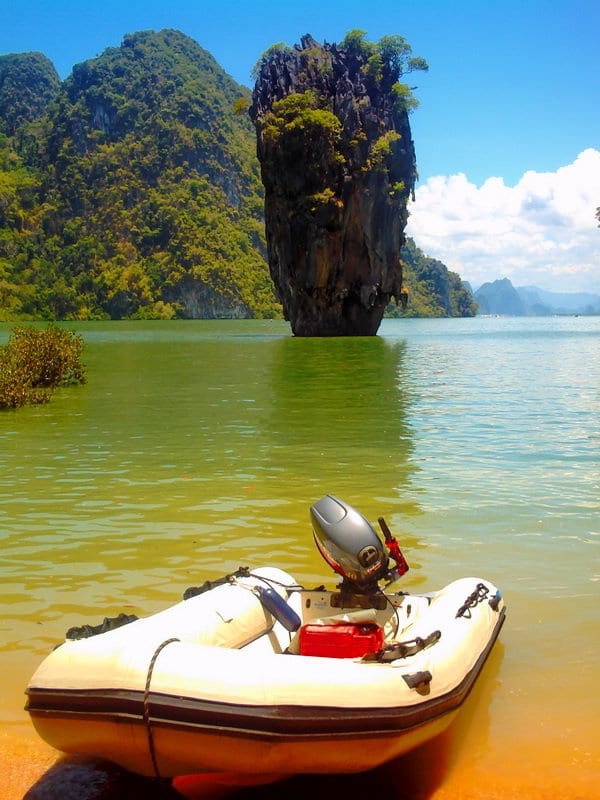 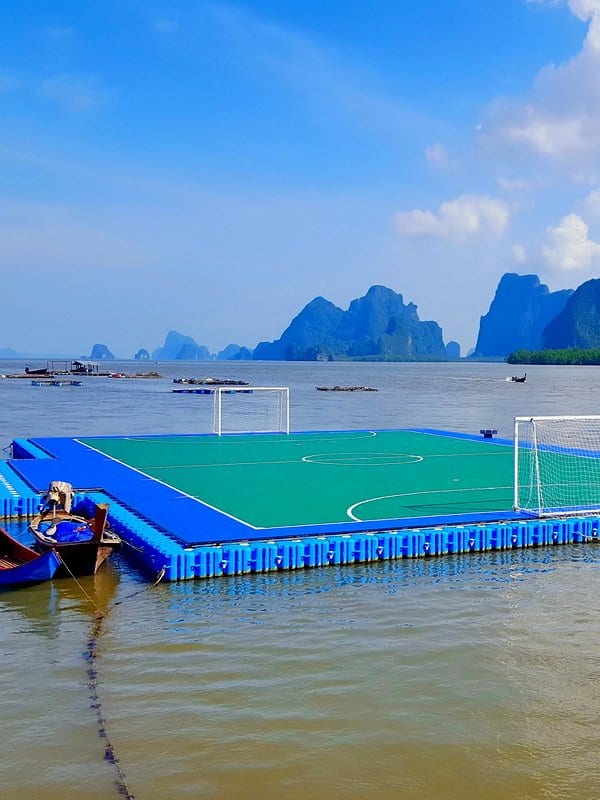 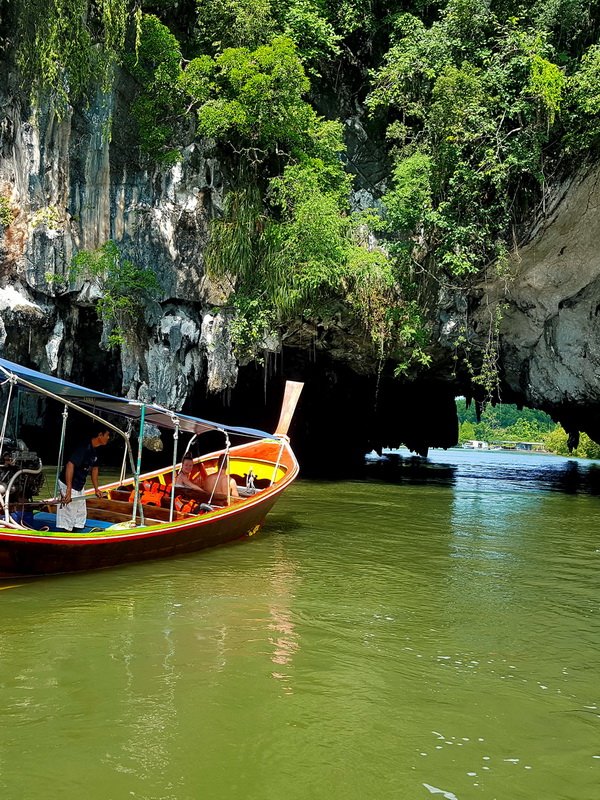 • Our guide will pick you up from your hotel in Khao Lak in a comfortable car or minibus. From here we take a scenic drive into the Phang Nga Valley.

• Arrive in Phang Nga and visit an ancient cave temple.

• Head to a pier near the Ao Phang Nga National Park and take a long-tail boat out into Phang Nga Bay through the largest native mangrove forest in Thailand.

• Cruise through the caves and beautiful limestone mountains that make up Phang Nga Bay.

• Visit the famous James Bond Island where you can swim, enjoy the scenery and re-enact your favorite scenes from the movie.

• Enjoy a delicious dinner with a beautiful view of Phang Nga Bay.

• Return to the pier as the sun sets over the bay and then head back to your Khao Lak hotel.

We had a wonderful afternoon with our guide Garfield who told us about the surrounding area and answered all our questions. The Phang-nga museum was compact-sized and the visit there was not too long. After that we met with the long boat driver and cruised through the mangrove forest and Phang-nga bay into Ko Tapu (or James Bond Island). There were some people when we arrived but suddenly they were all gone and we were swimming by ourselves 🙂 We were also the only guests on the fisherman’s village restaurant where we were served many delicious dishes. Before we headed back to the harbor there was time to admire the sunset. What I liked especially was the use of refillable aluminium drinking bottles to reduce the plastic waste. Highly recommended!

The Ao Phang Nga Nationa Park is made up of over 40 islands with beautiful limestone cliffs and caves, and is home to the largest native mangrove forest in Thailand. The views and scenery coupled with a late start to help avoid the crowds, make this trip the best James Bond Island tour around!

Located just a one hour drive from Khao Lak, Phang Nga is a beautiful and amazing day trip destination, with a fascinating history. 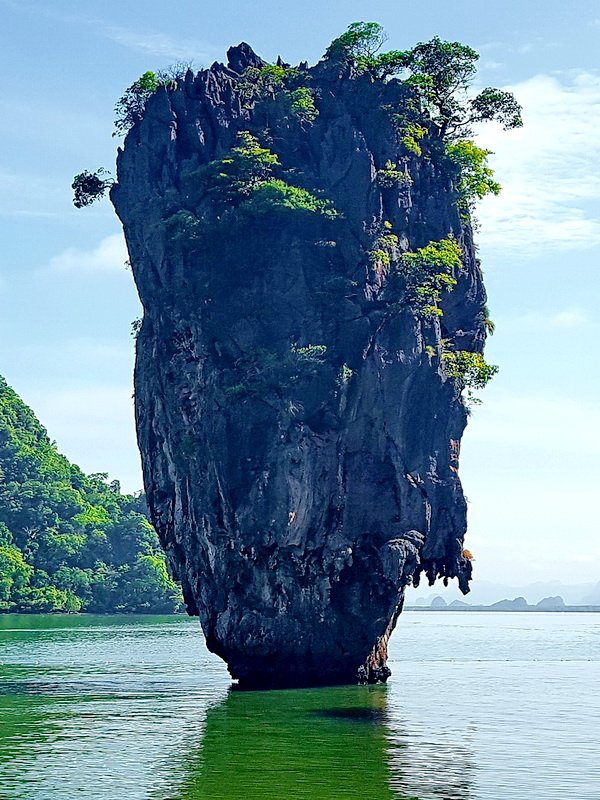 James Bond Island without the crowds!

We will pick you up from your hotel in Khao Lak and take you on a picturesque drive through the plantations and small villages that line the road to Phang Nga. Once we arrive in Phang Nga our first stop is the ancient cave temple, home to a golden reclining Buddha and a troop of wild monkeys.

We then head out of town to a small local pier from where we take a long-tail boat out through the thick mangrove forests and into the bay. As we cruise around beautiful limestone cliffs and mountains our guide will explain some of the folk stories and legends behind their amazing shapes. Soon you we will arrive at Khao Phing Kan and Ko Ta Pu which are more commonly referred to as the James Bond Island. Here you can swim in the small limestone bay and take photographs of the famous views and rock formations before we return to the boat and head towards the Koh Panyi fishing village.

Our guide will take you on a guided sightseeing tour around the ancient sea gypsy village before serving you a delicious Thai dinner with a spectacular view on Phang Nga Bay. By the time we leave Koh Panyi there is just enough time to watch the sun set behind the stunning limestone mountains as we cruise back to pier before taking the car back to your Khao Lak hotel.

Ao Phang Nga National Park is famous all around the world for its impressive limestone rocks and mountains that thrust up out of the sea and seem to defy gravity. The most famous of rocks is Ko Ta Pu which forced into stardom when it took on a starring role in the 1974 James Bond movie, “The Man With The Golden Gun” starring Roger Moore.

Another famous feature of what is possibly one of Thailand’s most beautiful bays, is the Ko Panyi (also spelt Koh Panyee) stilted fishing village. The village was originally built in the 18th century by a group of nomadic Malay fishermen. The entire village was built either floating or up on stilts in the middle of the bay as it was then illegal for anyone other than a Thai person to own land in Thailand. To this day the village is populated by approximately 360 families.

One of the ‘must see’ sights in the village is the floating Koh Panyee football pitch, which was originally built from drift wood and foam boxes by village children who were inspired by the 1986 FIFA world Cup. Panyee FC was born and since then has progressed to become one of the most successful teams in southern Thailand, often playing barefoot as that is how they play during training where there is every chance they will have to dive into the water after the ball.

The James Bond Island tours are one of the most popular day trips in southern Thailand. Each day the island is visited by tours from Phuket, tours from Krabi and of course tours from Khao Lak. This means that the popular islands and sights around the bay can get very busy during peak period. Especially in the mornings and around lunchtime. To help avoid the crowds we have pushed the entire trip back to start around lunchtime. This means we arrive at each spot just as all the other James Bond Island tours are leaving. An added advantage to this is that we do not have to rush and can take our time to make this tour the best James Bond Island tour around!

Go even further to avoid the crowds and book a private James bond Island tour today!

Why leave so late?

The reason we leave late is simple,  we arrive as everyone else is leaving. This means we can enjoy the breathtaking beauty of Phang Nga Bay without the crowds!

Can I swim on the islands?

It is possible to swim at James Bond Island, but it is best at high tide. At low tide the sea bed is more muddy than sandy. Also the water here isn’t clear due to the mangrove forests near by and the cloudy water dripping from the limestone mountains.

Is this trip expensive?

Ok you got us, we are not the cheapest. However, we can guarantee you the following things…

1. We have full insurance, for everybody, on every trip, everytime. (Some operators in the past have been caught not sending customer details to the insurance company to cut costs.)

2. Our group sizes never exceed the published maximum number of people. (On occasion, some other operators share boats with other groups to reduce expenses.)

3. We use only fully licenced guides and drivers. (It has been known that some operators will save costs by using one person as a guide/driver combo. Not only is this illegal, but actually dangerous as it means the driver can be easily distracted.)

4. We will never pressure you into tipping or buying souvenirs. That is your choice. (Some operators use compulsary tipping or commissions to boost their income and enable them to cover costs.)

YES! Each trip can be made private and personal for you. Simply click the “Private Tour” option when making your booking, and we will get back to you with a quote. 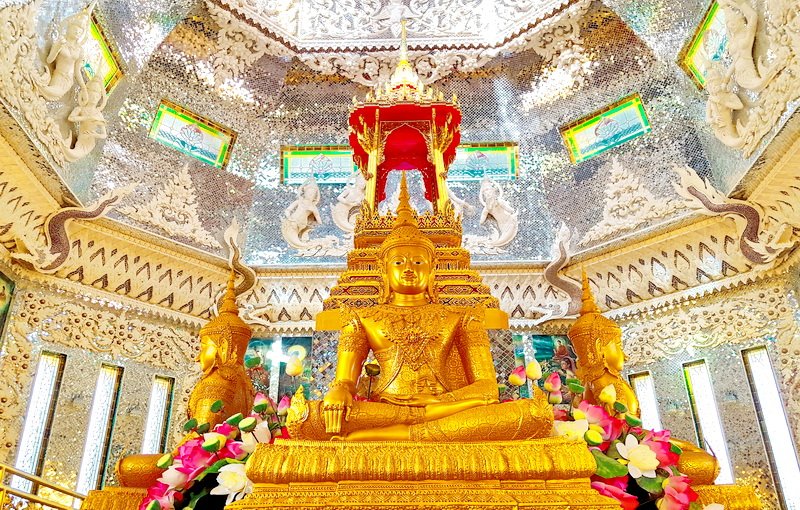 Explore the importance of Buddhism in the local culture. Experience the tastes, sights and smells of the traditional market towns. 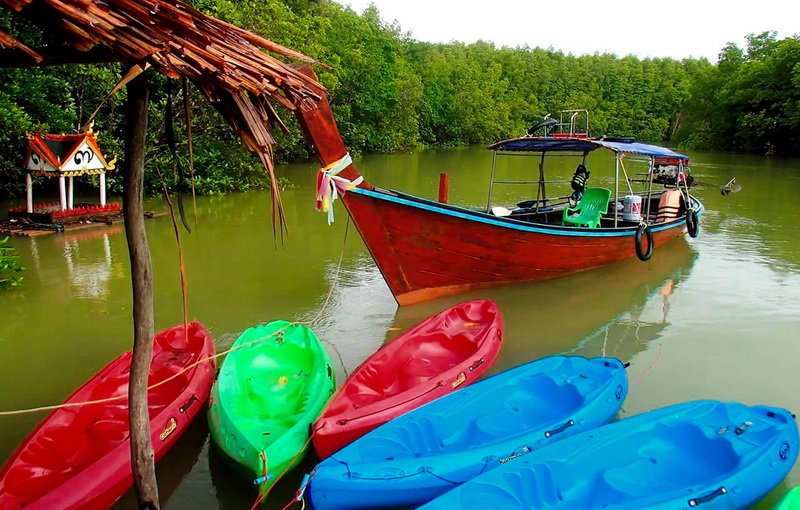 More details
We use cookies on our website to give you the most relevant experience by remembering your preferences and repeat visits. By clicking “Accept All”, you consent to the use of ALL the cookies. However, you may visit "Cookie Settings" to provide a controlled consent.
Cookie SettingsAccept All
Manage consent