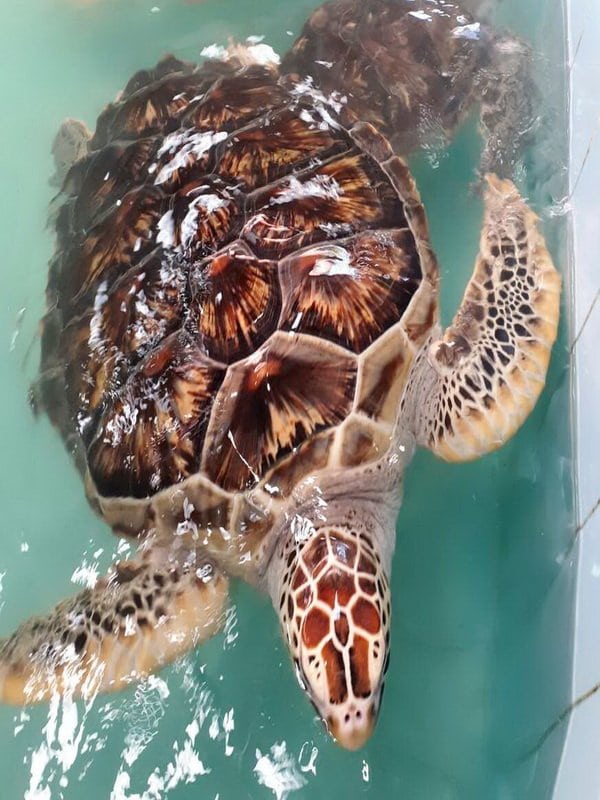 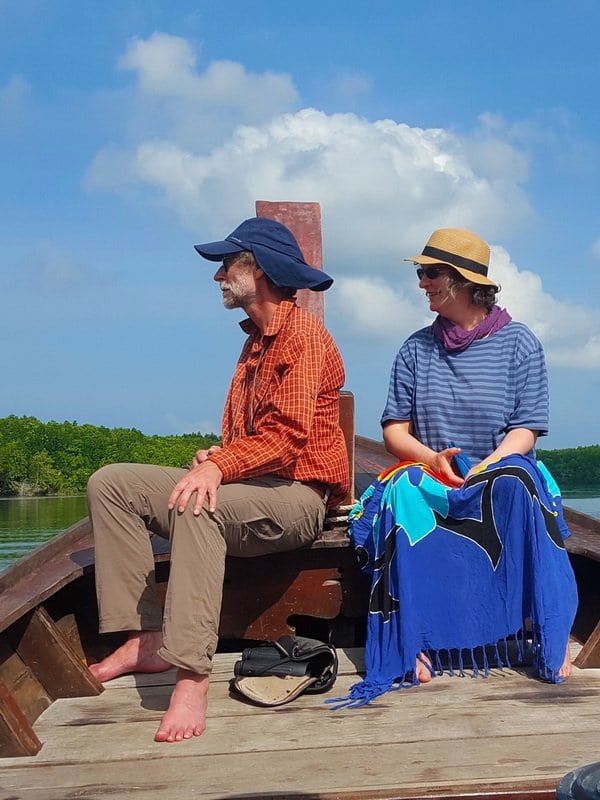 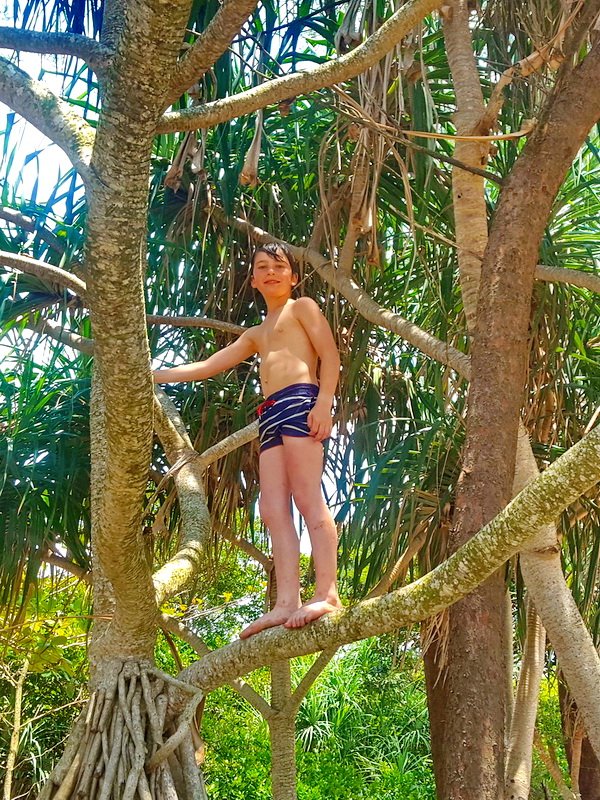 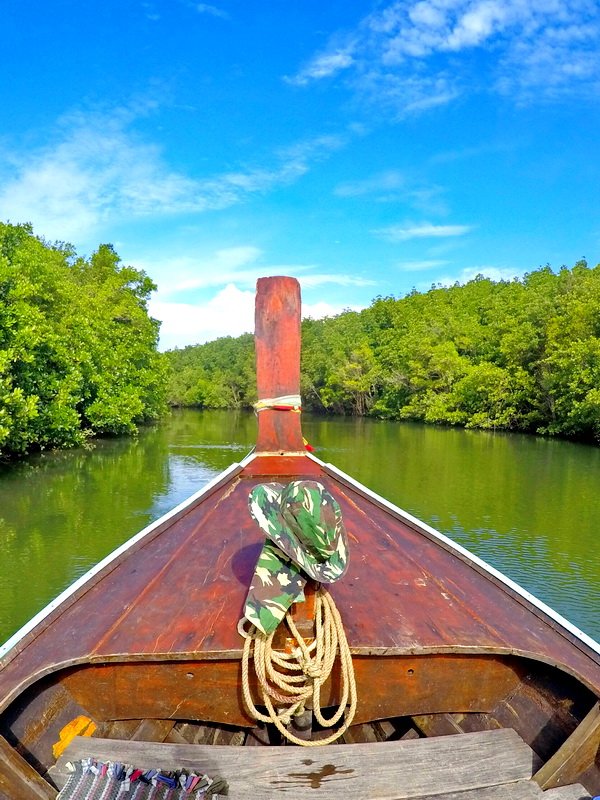 • At the start of our perfect Khao Lak boat trips, our guide will pick you up from your hotel in Khao Lak with our local style taxi.

• Drive to our pier in a small fishing village.

• Cruise through beautiful natural scenery of the Khao Lak coastline on our comfortable long-tail boat. This area is a great place for spotting wildlife such as birds and monkeys.

• Relax on the beach or explore the beaches, rocks and grasslands of Khao Na Yak Cape.

• Cruise back to the pier through the mangrove rivers.

• Drive with our “songteaw” taxi to the Royal Thai Navy Sea Turtle Conservation Centre for a look around the turtle sanctuary.

• Return to your hotel in Khao Lak

Friendly and personal guides and eco-friendly considerations at every turn. Personalized schedule (I guess it depends on number on participants on that day). We always felt like we were getting that little bit extra. Definitely recommended. Thanks guys, it was really fun!

Our coastal cruise is perfect for those who really want to relax and get away from normal life.

The coast around Khao Lak is made up of misty mountains, lush jungles, small islands, rocks and reefs. This is a fantastic place to see birds and often fish jumping from the water.

Our Khao Lak boat trips have been purposely designed to suit people of all ages and abilities. There is just enough of a mix of relaxation and exciting diversions to keep everyone happy all day. Unlike many other boat trips in Khao Lak we like to take things slow. No Thailand holiday is complete without an exciting boat trip.

There is no shortage of natural beauty in Khao Lak. Beach time is easy to come by here. Khao Na Yak golden beach where we stop for lunch stretches almost all the way from Khao Lak to Phuket! 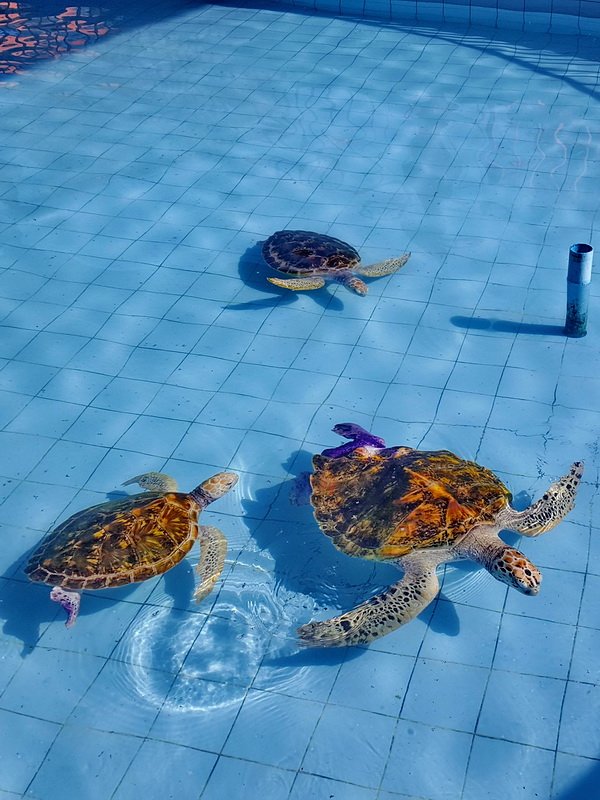 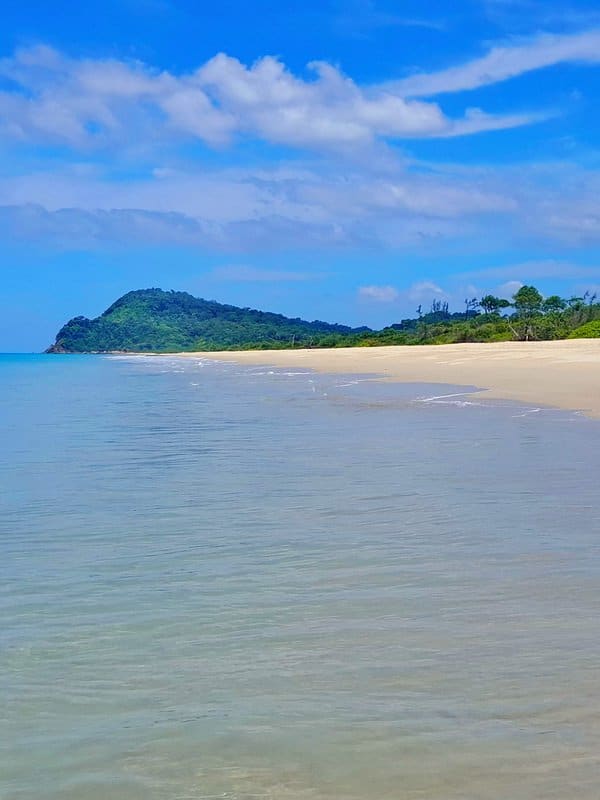 This tour starts off in a small village close to Khao Lak where our captain was born and raised. After boarding our long-tail boat we cruise out of the village and out into the maze of mangroves and rivers that make up the Khao Lak coastline. As we cruise around our crew keep an eye out for birds such as fishing eagles, cormorants and kingfishers. When the tide is low, we often also see monkeys feeding on crabs and shellfish on the exposed sandbanks.

After a while cruising along the Khao Lak coastline, we arrive at a pontoon close to Khao Na Yak’s golden beach. From here it is just a short walk across the peninsular to the beautiful golden sandy beach that stretches almost all the way between Khao Lak to Phuket. Here our crew will prepare a delicious Thai lunch to share. There is plenty of time left to swim and relax on the beach before heading back to the pier.

The tour is far from over when we return to the pier. From here we then visit the Khao Lak turtle sanctuary which is run by the Royal Thai Navy near Thap Lamu. This turtle nursery was set up with support from the Royal Family to help boost the turtle population around Khao Lak, the Similan Islands and the Surin Islands.

There are several species of turtles in Thailand. In the Khao Lak area the most common types are Hawksbill Turtles and Green Turtles. Recently however Khao Lak and a few other places in Phang Nga province have seen the return of rare Leatherback Turtles coming to nest on quiet beaches. Leatherback turtles had not been seen nesting in this area for around 20 years until now. The first nest found was located on the beach outside the Khao Lak Orchid Beach Resort (which also featured in the 2012 Khao Lak tsunami movie, The Impossible.) Leatherback turtles are the largest of all the world’s sea turtle species and are considered endangered in Thailand.

Hawksbill turtles, though critically endangered, are fairly common along the Khao Lak coastline. Especially around the Similan Islands where they regularly nest on the soft, sandy beaches at night. Hawksbill turtles can grow up to about 1 meter long and weigh on average about 80 kilograms. They have a sharp, birdlike beak that gives them their name. To help protect them from predators, hawksbill turtles can turn their flesh toxic by consuming jelly fish and venomous sea snakes and storing their toxins.

Another species that is often found around Khao Lak is the Green Turtle. These turtles are slightly larger and average about 1.5 meters in length and usually weigh about 70-190 kilograms. Despite their name, green turtles are actually a dark brown or olive color. The name comes from the green color of its fat. Green turtles are often seen swimming around the reefs near the Similan Islands National Park.

Recently, Olive Ridley turtle nests have also been spotted in Phang Nga near Wat Tha Sai in Thai Maung. Olive ridley turtles are the smallest of the sea turtles and were last spotted nesting in this area in 1996.

Anyone dreaming of swimming with turtles in Thailand, the best place to is probably the Similan Islands. Here snorkelers are often lucky enough to find hawksbill or green turtles searching for food around the beautiful reefs.

Does this trip include snorkeling?

No, check out our Local Snorkeling trip instead.

Does this trip operate all year?

Yes! Our cruise takes place in the sheltered bay, so there are never any waves to worry about. This means we can operarte this trip all year round.

Can all trips be made private?

YES! Each trip can be made private and personal for you. Simply click the “Private Tour” option when making your booking, and we will get back to you with a quote. 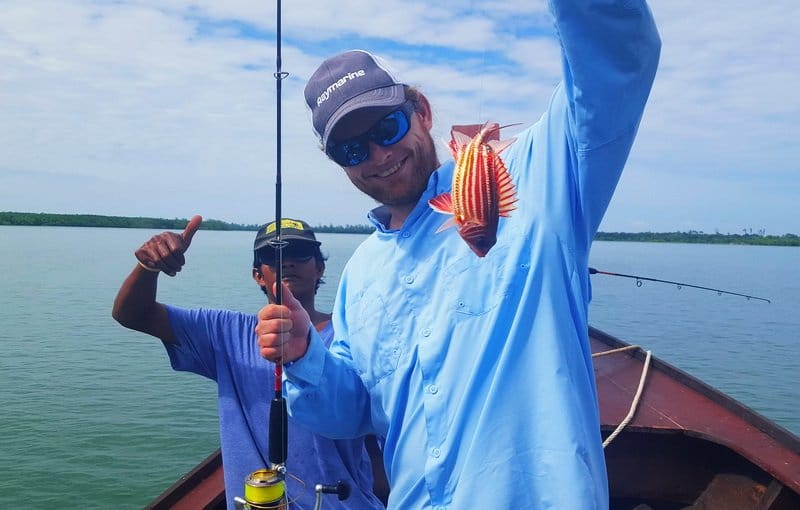 The Khao Lak mangroves are key to supporting the local villages. Join the local people as they search for fresh seafood food in the mangrove rivers. 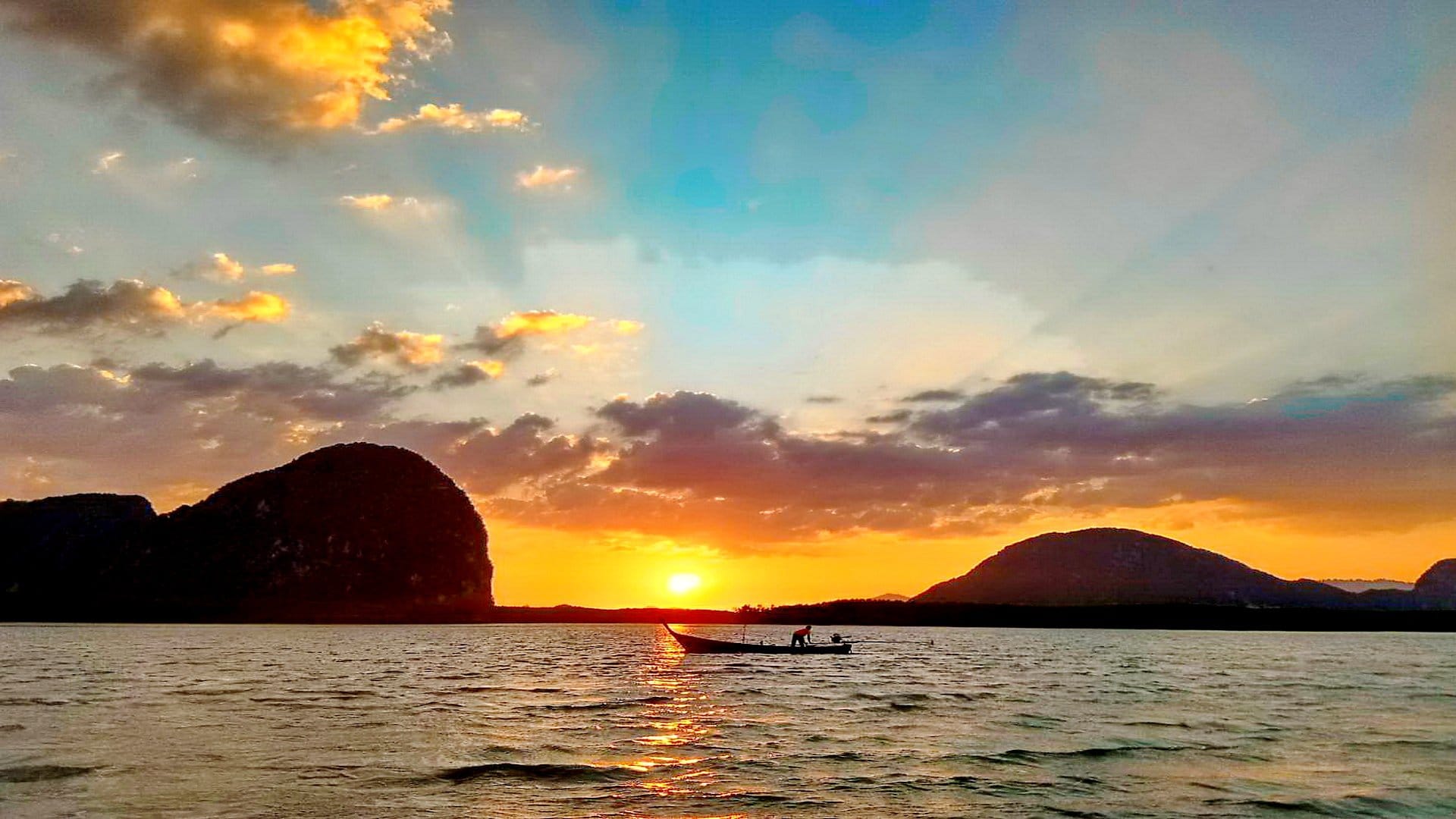 Phang Nga was attracting visitor well before the invention of the worlds most famous spy. Now it is your chance to visit, without the crowds.