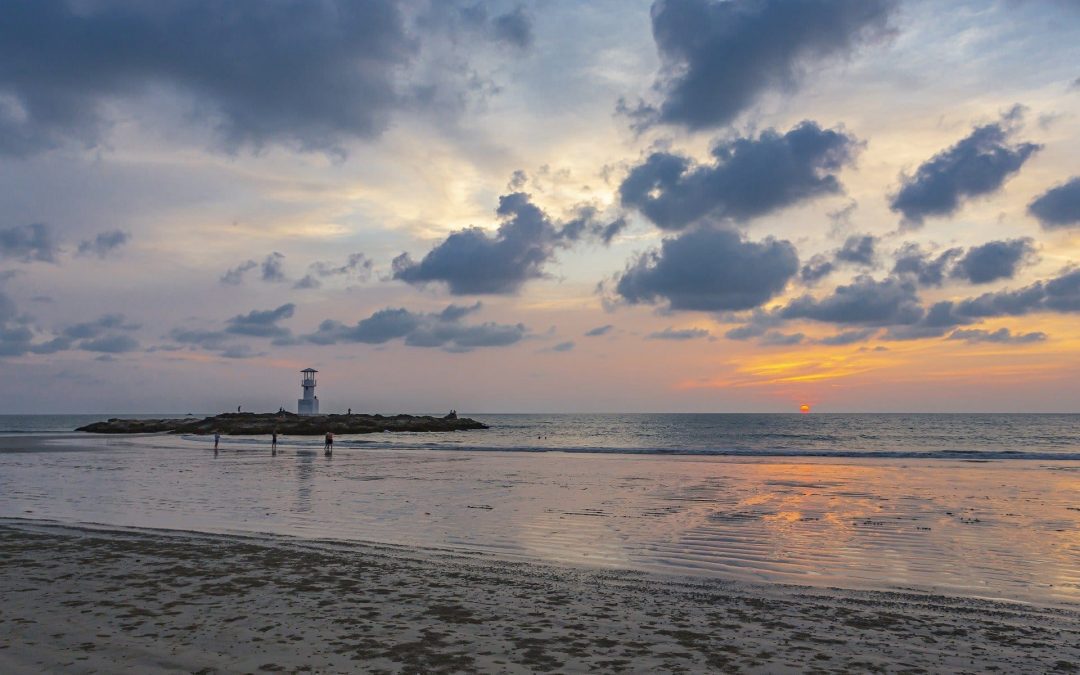 The area collectively known as Khao Lak is actually a selection of several different villages that have merged together as the number of hotels in Khao Lak grows. Each year thousands of tourists are drawn to the beaches in Khao Lak to enjoy the beautiful Thailand weather.

Khao Lak gets its name from the large mountain that is now mostly controlled by the Khao Lak national park. The name Khao Lak translates to mean “Main Mountain”. This mountain has been used by seafarers for many hundreds of years as a landmark marking the entrance to Thap Lamu harbour.

Before the first Khao Lak hotel was even built, Khao Lak was a well connected and relatively wealthy area of Thailand. Perfectly located on the West coast of Thailand between Phuket and Takuapa (Previously know as Takola), Khao Lak found itself in the middle of some very busy and important trading routes. Evidence  and artifacts of this industrious time dating more than 1,400 years old have been discovered throughout the surrounding area. One of the most famous archeological sites is the Tung Tuk settlement on the island of Koh Kho Khao.

In addition to the major trading posts around Koh Kho Khao to the North of Khao Lak, it was discovered that the surrounding area and coastline was rich in tin and lead. This attracted miners and entrepreneurs from all over the world, including Australia, the UK and a great many from China.

As time went on, of course, the tin and lead deposits began to run out. Many of the businessmen moved on in search of new areas to mine. A great number of the Chinese businessmen stayed behind however, and soon discovered that the land surrounding Khao Lak was perfect for growing and harvesting tropical fruits, rubber, coconuts and palms.

Khao Lak first started to appear on the tourists map in the 90s. The beautiful beaches and jungle covered mountains began to attract travellers seeking an escape from the well known destinations around the island of Phuket. Khao Lak’s proximity to the beautiful Similan and Surin Islands also made Khao Lak a must visit destination for snorkelers and scuba divers wishing to explore the world class reefs.  At that time Khao Lak was still a group of small villages with just a handful of small resorts, shops and restaurants. Soon the tourism industry in Khao Lak began to boom. By the year 2000 there were several large hotels which were all fully booked by the time the devastating 2004 tsunami struck. 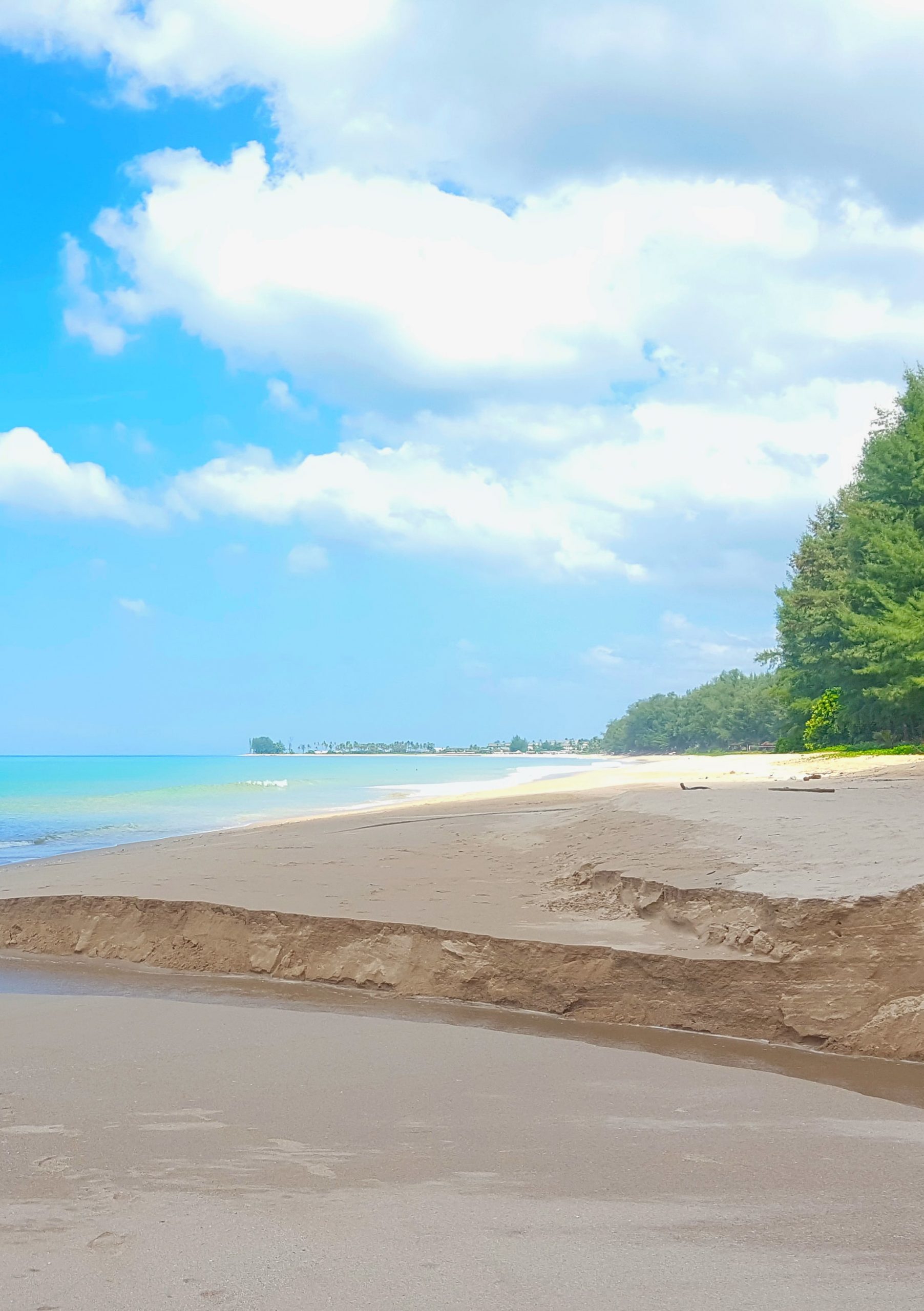 When the tsunami struck, Khao Lak was one of the worst hit areas in Thailand. The waves destroyed much of the town and between 4,000-10,000 people (much of the migrant Burmese population was not officially registered making official numbers unreliable) lost their lives. The grandson of the then king of Thailand, who was jet skiing in front of the La Flora Resort when the wave struck was among those who lost their lives.

The 813 police patrol boat, which was guarding the prince at the time, was thrown almost 2 kilometers in-land, and to this day sits as a constant reminder opposite Bang Niang market.

Everything you need to know about Khao Lak

Khao Lak however soon bounced back, within just a few short years the town was back on it’s feet and looking towards the future. Despite fears that the memory of the terrible boxing day tsunami would keep tourists from returning, the tourist industry began to boom once more. Tourists flocked to the once again beautiful beaches to show support for the local communities and inject some much needed income.

In 2010 Ewan McGregor and Naomi Watts starred in the movie “The Impossible”, which was filmed in Khao Lak and the surrounding area. The movie follows the true story of a family who were on holiday in Khao Lak when the tsunami struck. 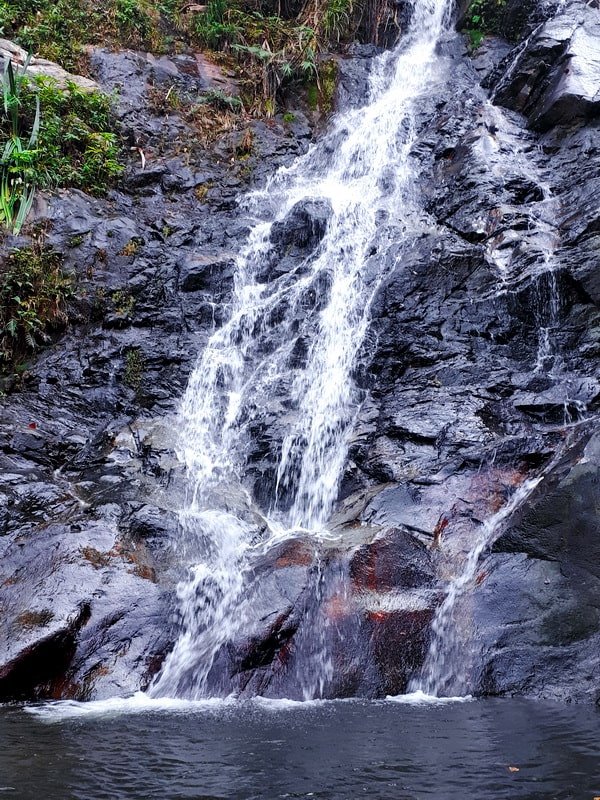 Since then the town has flourished. Each year there are new hotels, bars and restaurants opening, and the visitor numbers continue to rise. As of January 2020, Khao Lak had 154 hotels available for guests, with a combined total of 10,606 available rooms. Approximately 7 new hotels are currently planned or being built between 2020 and 2023, with upgrades and additional rooms being added to existing hotels to bring a further 2,239 rooms to the total. With over 4.8 million visitors to Phang Nga province in 2019, the main road connecting Khao Lak to Phuket is currently undergoing a major overhaul, and a new airport is being planned to further increase Khao Lak’s accessibility.

The worldwide outbreak of the COVID-19 pandemic has of course had a massive effect on Khao Lak. Once busy hotels and restaurants now stand empty, and the local population has plummeted. But still those who remain are optimistic that, given time, Khao Lak will once again rise out of the ashes of disaster stronger and better than before.

We use cookies on our website to give you the most relevant experience by remembering your preferences and repeat visits. By clicking “Accept All”, you consent to the use of ALL the cookies. However, you may visit "Cookie Settings" to provide a controlled consent.
Cookie SettingsAccept All
Manage consent