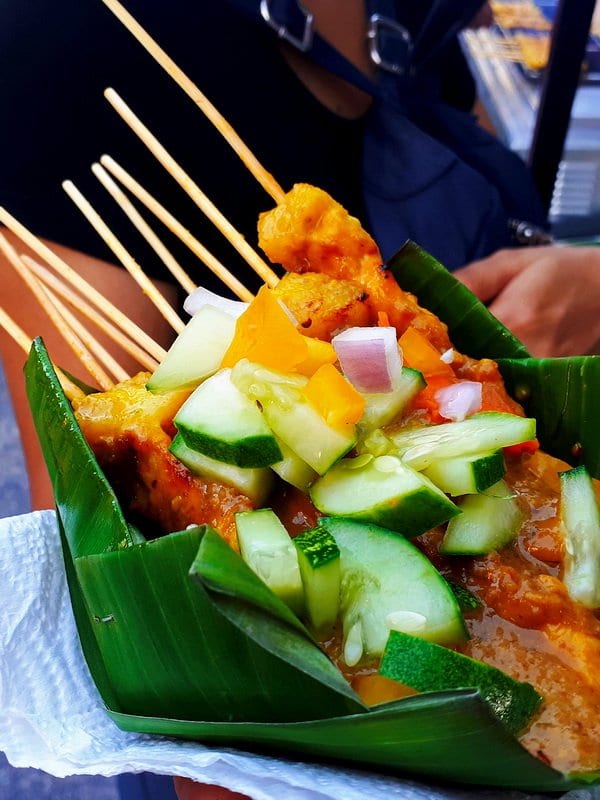 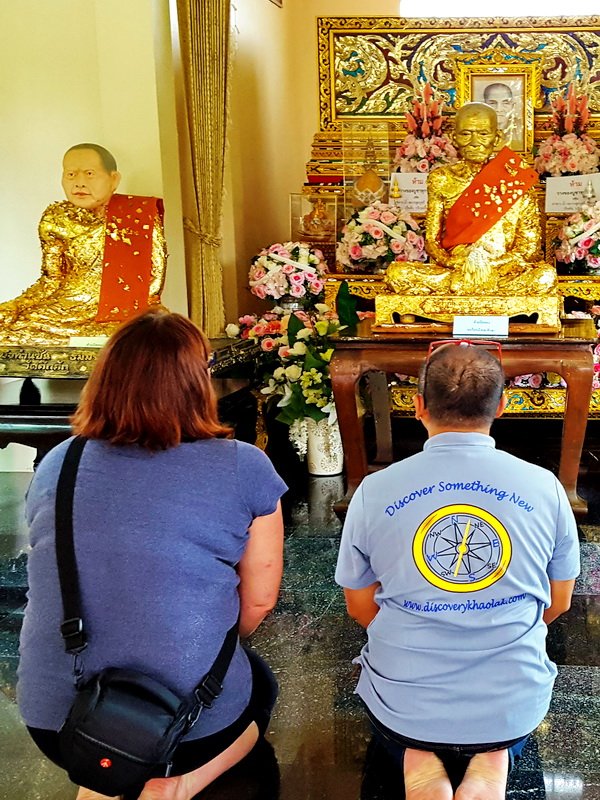 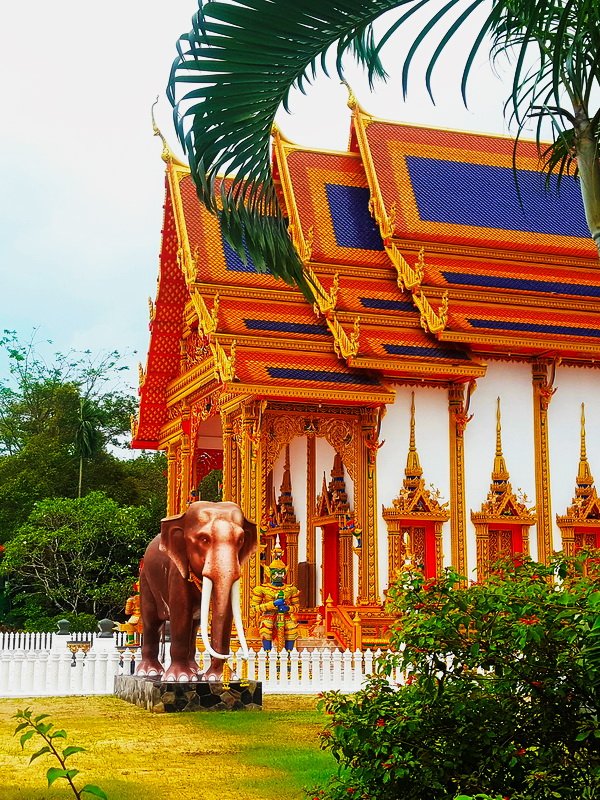 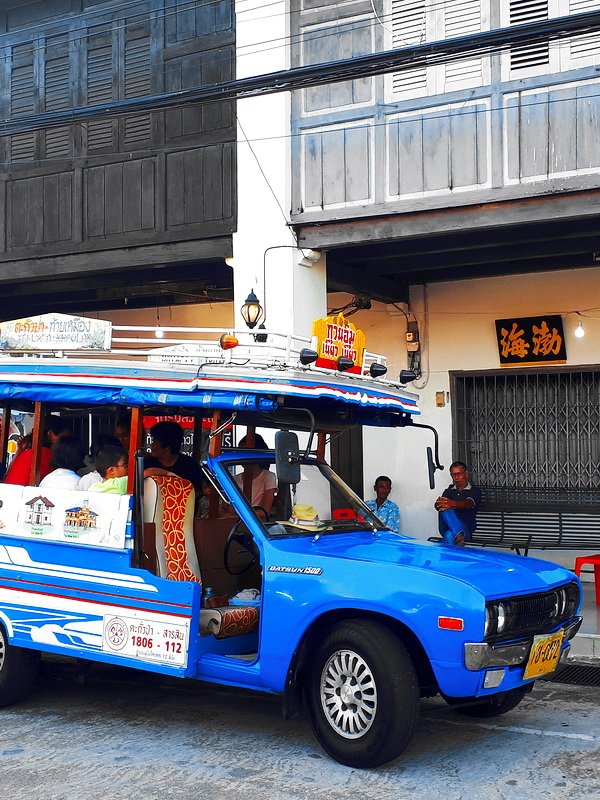 • After we pick you up from your hotel in Khao Lak hotel in out local style taxi, it is just a short drive to the first temple.

• Our guide will introduce you to some of the key features of Khuek Khak Temple, not far from Bang Niang Beach.

• Stop for a photo for a photo opportunity as the “Big Buddha on the hill”, and enjoy one of the many hidden viewpoints Khao Lak has in abundance.

• Drive through the beautiful countryside to the old town and take a look around the Golden Temple in Takua Pa.

• Experience some new and exciting tastes, smells and sights as our guide shows you around the traditional street market with its section of traditional local foods and crafts.

** PLEASE BE AWARE **  When visiting temples in Thailand shoulders and knees must be covered. This applies to both men and women.  Respectable T-shirts and knee length shorts are fine.

Join us to gain an insight into the importance of Buddhism in the Thai culture by visiting a selection of local temples. Temple tours are a must do if it is your first time in Khao Lak. The Thailand Temples dress code is enforced in most temples in Thailand so make sure you dress in a respectable way.

Learn about the history of Khao Lak and Takua Pa District while feeding the deer and buffalos in the sustainable farming project before taking a walk through the streets of Takua Pa Old Town.

In the Takua Pa Old Town Sunday market you can try some of the traditional local foods and discover local handicrafts that are made using skills that have been passed down through the generations. 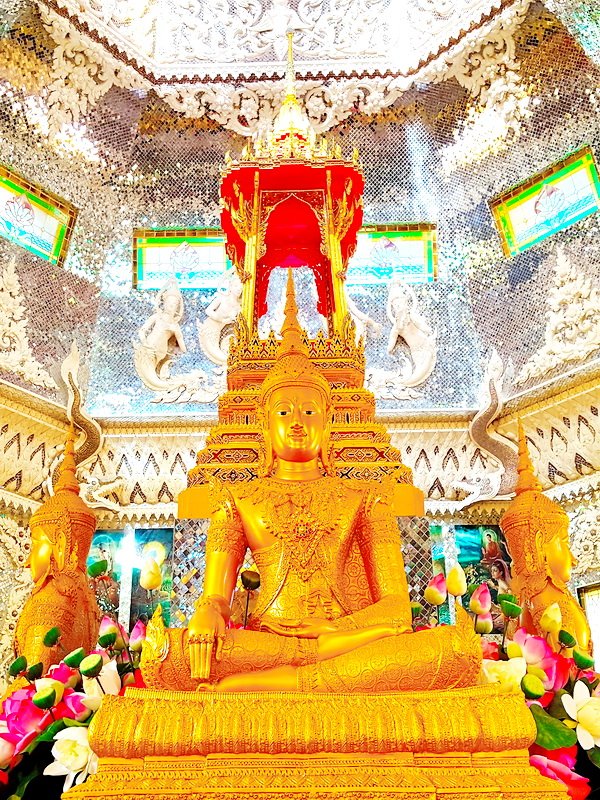 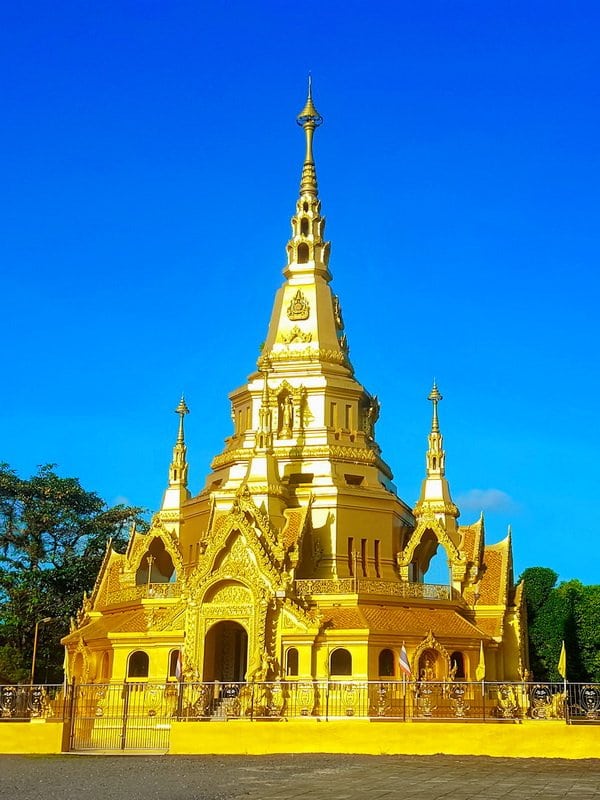 The local temple and market are at the heart of Thai culture.

We will pick you up from your hotel in Khao Lak in our comfortable local style “songteaw’ taxi and take you for a short drive to one of the closest temples in Khao Lak. Khuek Khak Temple is a modern style temple which forms the center of the Khao Lak community.

After an initial tour of this first temple our guide will take you on another short drive to the Big Buddha just outside Khao Lak. Here you can enjoy the view from the top of the hill before we head up to the local community sustainable farming project for lunch. After lunch you can help feed the animals that help produce the natural fertilizer used in on the crops and get a brief insight into the history of Takua Pa District before we return to the road and head for Takua Pa Old Town.

Our first stop in the old town is the beautiful Golden Temple. The interior of the famous golden spire features the story of Buddha and is decorated to represent heaven on earth. After a tour of the temple we head further into the center of the Old Town to visit the ancient Chinese shrine and walk through the Takua Pa Old town Sunday market. This traditional street market is full of traditional local delicacies and produce that you won’t find in most of the more tourist orientated markets.

Takua Pa Old Town was once a bustling hub of the Thai economy. The area was originally called Takola and dates back to the Sukhothai Period, around the 13th century when Takua Pa was a vital link in a major trading route. It was said that Takua Pa had the finest harbor on the West coast of Thailand, then know as Siam to outsiders. The area was rich abundant in valuable herbs and spices and attracted traders from all over the world. The town was later re-named Takua Pa when it was discovered that the area had rich tin and lead ore reserves. “Takua” is the Thai word for lead. Tin and lead mining industry boomed, and along with increased demand for rubber and palm oil plantations, brought wealth into the area well into the 20th century.

The Takuapa Old Town Sunday market is an insight into life in the ancient town well before the tourism industry came to the area. When the town was at its peak, Khao Lak village was just a small plantation settlement. A walk around Takua Pa Old Town is light a journey back in town. Many of the people still living in the town were born and raised there. Although in many cases their children and grand children have moved away to take up a job a Khao Lak resort or elsewhere in Thailand, those who remain often still live a semi-traditional lifestyle.

While staying in Khao Lak, a tour of the Takua Pa Old Town is a must. The town’s rich history and friendly locals make this tour a trip to remember. Takua Pa also has several temples that have just as much history as the town. Temple tours are among the most popular days out for tourists staying in Khao Lak. And an afternoon stroll through the Old Town Sunday market is the perfect end to every temple tour.

Visit one of  most famous sights in Thailand. Our specially designed James Bond Island tour lets you see the world famous island without the crowds!

Discover the improtance of the jungle in local culture. Learn a few basic bushcraft skills that have been passed down through the generations.

More details
We use cookies on our website to give you the most relevant experience by remembering your preferences and repeat visits. By clicking “Accept All”, you consent to the use of ALL the cookies. However, you may visit "Cookie Settings" to provide a controlled consent.
Cookie SettingsAccept All
Manage consent